On This Date in Minnesota History: August 18

August 18, 1929 – Attracted by the smells coming from the back of a fish delivery truck, a black bear followed the truck into downtown Duluth. The bear then turned his attention to the smells coming from the Hotel Duluth Coffee Shop.  [H]e “rose up on his hind feet and looked around as if greatly confused. He then walked over to the coffee shop and with one mighty blow of its paw, it smashed a fifteen foot tall plate glass window. Glass flew in every direction. The bear dropped to all fours and rushed through the window to the center of the coffee shop.”

After causing a ruckus in the coffee shop, the bear was eventually shot by a Duluth police officer.  “The magnificent animal was later sent to a local taxidermist and for many years was displayed in the front window of the 'Black Bear Lounge' in the hotel. Presently it is on display in the main dining room of the original Grandma’s Saloon & Grill in Canal Park, Duluth.”

http://www.cityhistory.us/duluth/architecture/hotelduluth.htm
Posted by On This Date in Minnesota History at 9:21 AM No comments:

On This Date in Minnesota History: August 17

August 17, 1862 – “The Sioux Uprising, which resulted in more than 800 white settlers dead and 38 Sioux Indians condemned and hanged, took place in Minnesota. The Sioux, or Minnesota Uprising began when four young Sioux murdered five white settlers at Acton. The Santee Sioux, who lived on a long, narrow reservation on the south side of the Minnesota River, were reacting to broken government promises and corrupt Indian agents. A military court sentenced 303 Sioux to die, but President Abraham Lincoln reduced the list [to 38].”
http://timelines.ws/states/MINNESOTA.HTML 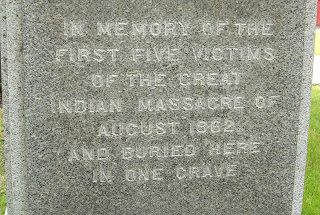 In memory of the first five victims of the great Indian massacre of August 1862, and buried here in one grave. 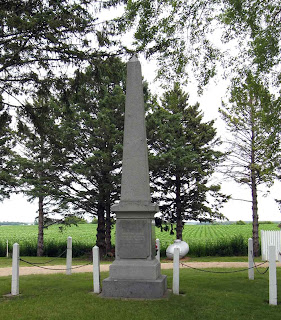 On This Date in Minnesota History: August 16

August 16, 2009 – “Y.E. Yang (37) of South Korea won the PGA Championship at [Hazeltine National Golf Club in] Chaska, Minnesota, with a 2-under par 70 beating Tiger Woods who shot a 5 over par 75.”http://timelines.ws/states/MINNESOTA.HTML 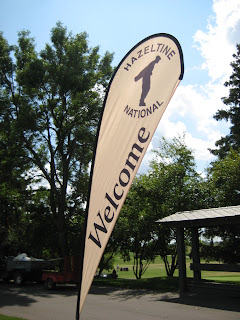 Hazeltine National Golf Club
Photo taken by Pamela J. Erickson. Released into the public domain August 16, 2012, as long as acknowledgement included.
Posted by On This Date in Minnesota History at 6:29 AM No comments:

Reviewing and Remembering the 1862 Sioux Massacre

There are two noteworthy incidents in Minnesota history that I feel a tie to.

First, of course, is the Cloquet/Moose Lake Fire in 1918, because I grew up in Cloquet and my paternal grandmother and her family lived through that fire. Second is the 1862 Sioux Massacre; not because anyone in my family was involved, but for the reason that it was my mother’s thesis topic. For our family vacation the summer she was working on it, we towed a pop-up tent camper around southern Minnesota for a week so my dad could take photos of every battlefield, every historical marker, every building that had some historical significance with this war with the Sioux.

I remember being bored out of my mind; I was in sixth grade and that was definitely not what I considered a vacation. My dad took photos of this field or that monument, while my mom took notes; then we’d all get back in the car, drive to the next historical spot and do it again.

The end of this week marks the 150th Anniversary of the start of the Sioux Massacre.  The Minneapolis Star Tribune is running a wonderful 6-part series on the timeline and causes of the war, the starvation of the Sioux, the treaties never honored, the money promised but never fully paid or paid late, etc. The story can be downloaded as an e-book at startribune.com/ebooks, or read in this week’s daily newspaper or online at startribune.com/dakota.  Twin cities public television will broadcast two documentaries about the war, and the Minnesota History Center in St. Paul has an exhibit (for more info visit minnesotahistorycenter.org).

As an adult, I am much more interested in the Sioux Massacre story now, than I was on our “vacation” so many years ago. In fact, I find myself driving down to Mankato and New Ulm to take photos to illustrate stories for my “On this Date in Minnesota History” blogs. Yes, I recognize the irony.  So far, I’m not finding half of the historical places my dad photographed, and he and my mom found them all without the internet.  How is that possible?

Were your ancestors in Minnesota in 1862?

Did any of your relatives participate in the Civil War or the war with the Sioux?

LLet me help you find out what parts of history your family had a role in.
Discover your roots and watch the branches of your family tree begin to grow. 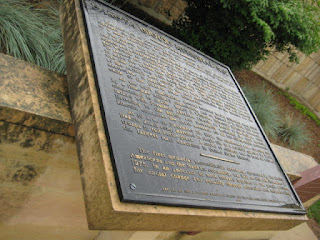 
Inscription:
The last act of the Minnesota Dakota (Sioux) War took place here in Mankato on December 26, 1862 when thirty-eight Dakota Indians died in a mass execution on this site.

The Dakota War was a culmination of years of friction between Dakota and whites as settlement pushed into Indian hunting grounds. Government agents and missionaries hoped the Dakota could be taught to live as farmers and worship as Christians but Chief Big Eagle said many years later, “It seemed too sudden to make a change . . . If the Indians had tried to make the whites live like them, the whites would have resisted and it was the same with many Indians.” The Minnesota uprising was one of the nation’s most costly Indian wars, both in lives lost and property destroyed. It resulted in the near depletion of the frontier and the exile of the Dakota from Minnesota.

At the war’s conclusion several hundred Indians were tried by a five man territory commission and on November 5, 1862, 303 were sentenced to death. Henry B. Whipple, Episcopal Bishop of Minnesota met with President Abraham Lincoln on behalf of the Indians. After listening to the bishop and personally reviewing the trial records, Lincoln commuted the death sentence for all but thirty-eight prisoners.

At 10 am on December 26, 1862, the condemned men, chanting the Dakota death song, marched in single file to a scaffold guarded buy 1,400 troops in full battle dress. A crowd of citizens were on hand to witness the largest mass execution in United States history.
—————————
The first memorial reconciliation ceremony, sponsored by the Native Americans and Mankato community, was held on this site November 5, 1978, in an endeavor to move forward together as one people striving for social change and equality through education and understanding.
http://www.hmdb.org/marker.asp?marker=14195 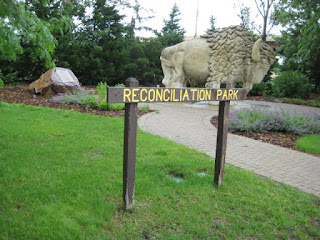 Photo taken by Pamela J. Erickson. Released into the public domain August 15, 2015, as long as acknowledgement included.
Reconciliation Park is across the street from the Dakota (Sioux) Memorial. It was dedicated on September 19, 1997. It is at the site of the largest mass execution in U.S. history where 38 Dakota Indians were hanged by the government in 1862.

Posted by On This Date in Minnesota History at 8:59 AM No comments:

On This Date in Minnesota History: August 15

August 15, 1988 – Filed on this date, Lois E. Jenson v. Eveleth Taconite Co. was the first class-action sexual harassment lawsuit in the United States. It was filed on behalf of Lois Jensen and other female workers at the EVTAC mine in Eveleth, Minn., on the state’s northern Mesabi Range. The case was documented in the 2002 book Class Action and a 2005 fictionalized film version, North Country, starring Charlize Theron, Frances McDormand, Woody Harrelson, Sissy Spacek , Richard Jenkins  and Jeremy Renner.
http://en.wikipedia.org/wiki/Jenson_v._Eveleth_Taconite_Co.
http://en.wikipedia.org/wiki/North_Country_(film)
Posted by On This Date in Minnesota History at 8:03 AM No comments:

On This Date in Minnesota History: August 14

August 14, 1864- “Sgt. Alonzo H. Pickle, B Company, 1st Battalion Minnesota Infantry, is awarded the [Congressional] Medal of Honor. Risking his life, Sgt. Pickle voluntarily went to the assistance of a wounded officer lying near the enemy line and, under fire, carried him to safety.”
http://www.minnesotanationalguard.org/history/this_month.php 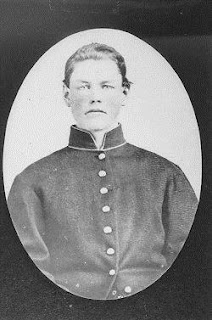 http://www.findagrave.com/cgi-bin/fg.cgi?page=gr&GRid=8849000
Posted by On This Date in Minnesota History at 7:47 AM No comments:

On This Date in Minnesota History: August 13

August 13, 1995 – Kent Hrbek’s number was retired by the Twins.
http://minnesota.twins.mlb.com/min/history/hrbek.jsp 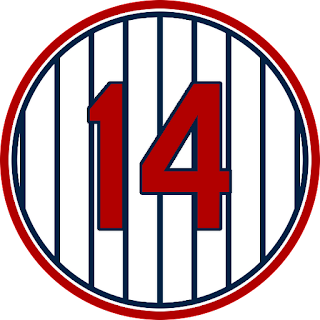 http://en.wikipedia.org/wiki/File:Minnesota_Twins_14.png
Posted by On This Date in Minnesota History at 8:00 AM No comments:

On This Date in Minnesota History: August 12

August 12, 1940 – “Tractor truck made by the Minneapolis-Moline Power Implement Company receives nationwide attention during army battle maneuvers at Camp Ripley. Soldiers would call it the ‘jeep.’"
http://www.thehistorypeople.com/data/docs/timeline-part2.pdf
Posted by On This Date in Minnesota History at 8:20 AM No comments: