On This Date in Minnesota History: February 8

February 8, 1914 – The Latto Hospital was opened for inspection this afternoon, and electric lighted for the first time in the evening. The number of visitors were [unexpectedly] large, considering the severity of the weather, and all were greatly pleased with the appearance of the building, which has been fitted in modern style. It is now being provided with new furniture and will formally open on [Feb. 12, 1914], when patients will be received.1 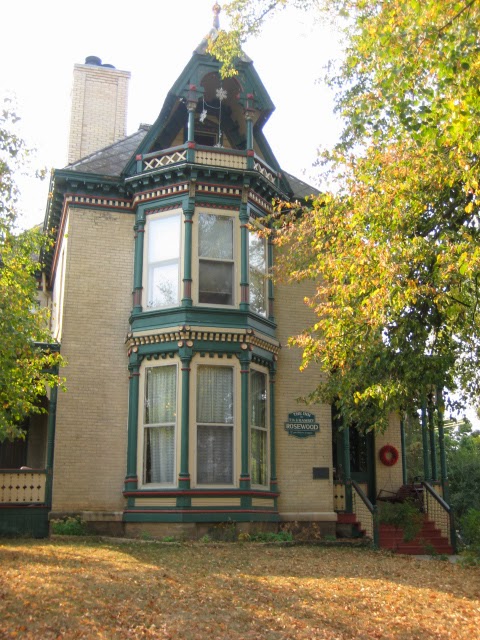 “Rudolph Latto, a poor German immigrant, arrived in Hastings in 1856 with his bride. Starting as stableman at a Hastings hotel where his wife worked as cook, Latto became the prosperous owner of one of the city’s leading hotels, president of the Hastings German American Bank, a grocer and brewer. His large home, built in 1880-81, became the social center for the German people in the area.

The house was constructed of white brick from Chaska and typifies a transition from the Italianate to Eastlake style with second-story bay windows under bracketed cornice and truncated hipped roof.

The Lattos, community-minded and having no children, willed their house to the city of Hastings to be used as a hospital open to all doctors. They also left a sum of $10,000 for altering and enlarging the hospital plus $5,000 for a free bed for the poor.

In February 1914 the Latto Hospital opened for business. A new sky light illuminated the recently-completed white-tile operating room on the third floor. The second floor contained a nursery, obstetrical ward, bathroom and two rooms. The first floor had an office, small emergency room, two private rooms, a six-bed ward for men and a four-bed ward for women. An elevator with rope cables serviced the hospital.

The city maintained ownership of the Latto until 1987. A number of people have leased and operated it over the years in a low-cost charitable manner. In 1932 Mildred Schmitz leased the Latto Hospital; from 1944 to 1949, Mrs. Francis Krueger ran it; Mrs. Marie Fasbender operated the Latto as a nursing home from 1949 to 1957; Mrs. Delia Novak then leased the building and continued it as a nursing home. In 1970 it became the Hastings Board and Care with a bed capacity of 24 patients. It closed in 1985 and its residents moved to newer facilities.

That year, in need of significant renovation estimated at $40,000, the Latto became a topic of community interest. Soon after, a citizens committee appointed by the Hastings City Council recommended selling the Latto to private investors.

Pam and Dick Thorsen opened the renovated hospital as a bed & breakfast in 1989. “Rosewood” is the second B&B the Thorsens opened in Hastings. “Thorwood”, or the Thompson-Fasbender House, was also a hospital. 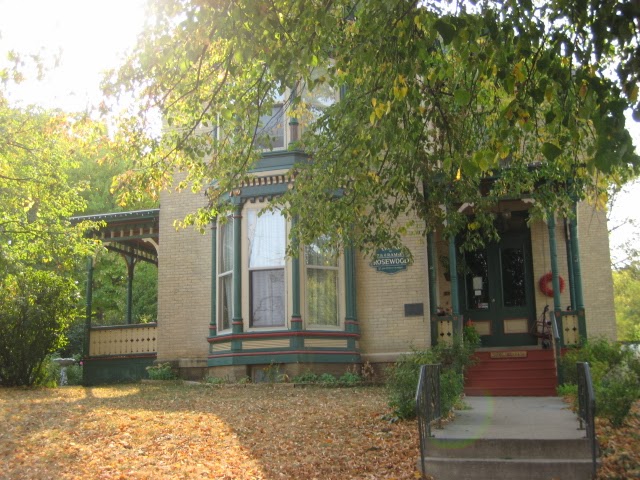 For decades, the Latto served as one of Hastings’ most prominent hospitals. Delia Novak noted in 1985 that “half of Hastings was born here”. A Graus descendant signed a purchase agreement with St. John’s Evangelical Lutheran Church. The church sold the property in 1988 after it was unable to use the site for parking.”2

The house/hospital was named to the National Register of Historic Places on May 23, 1978.

On This Date in Minnesota History: February 7

February 7, 1885 – Sinclair Lewis, the first American novelist to be awarded the Nobel Prize for Literature, was born on this date in Sauk Centre, Minn.
http://www.spartacus.schoolnet.co.uk/Jsinclair.htm 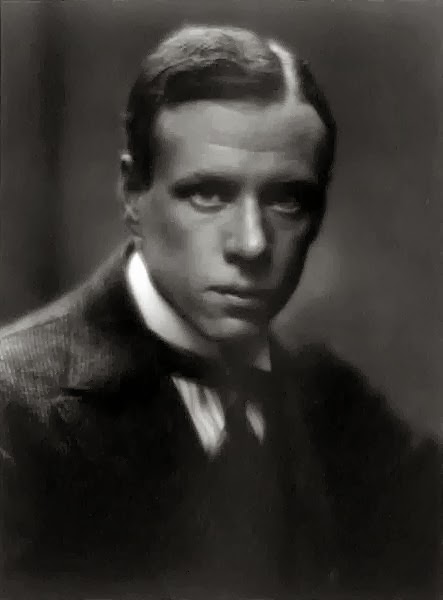 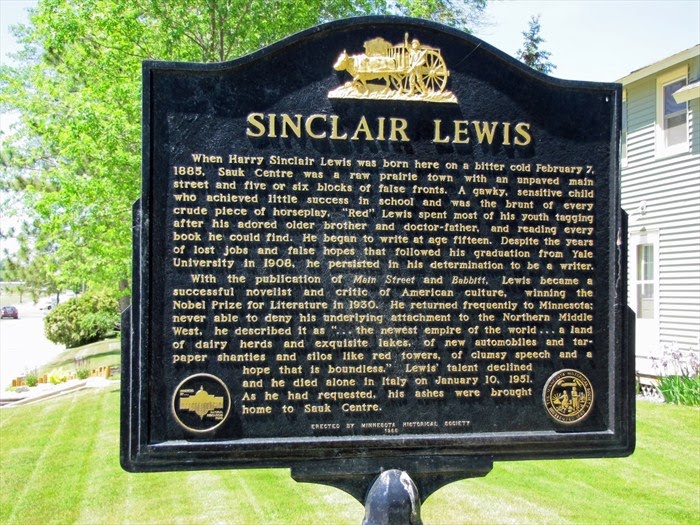 When Harry Sinclair Lewis was born here on a bitter cold February 7, 1885, Sauk Centre was a raw prairie town with an unpaved main street and five or six blocks of false fronts. A gawky, sensitive child who achieved little success in school and was the brunt of every crude piece of horseplay, "Red" Lewis spent most of his youth tagging after his adored older brother and doctor-father, and reading every book he could find. He began to write at age fifteen. Despite the years of lost jobs and false hopes that followed his graduation from Yale University in 1908, he persisted in his determination to become a writer.

With the publication of Main Street and Babbitt, Lewis became a successful novelist and critic of American culture, winning the Nobel Prize for Literature in 1930. He returned frequently to Minnesota; never able to deny his underlying attachment to the Northern Middle West, he described it as "...the newest empire of the world...a land of dairy herds and exquisite lakes, of new automobiles and tar-paper shanties and silos like red towers, of clumsy speech and a hope that is boundless." Lewis's talent declined and he died alone in Italy in January 10, 1951. As he had requested, his ashes were brought home to Sauk Centre.

http://www.waymarking.com/waymarks/WM9BWZ_Sinclair_Lewis
Posted by On This Date in Minnesota History at 6:00 AM No comments:

On This Date in Minnesota History: February 6 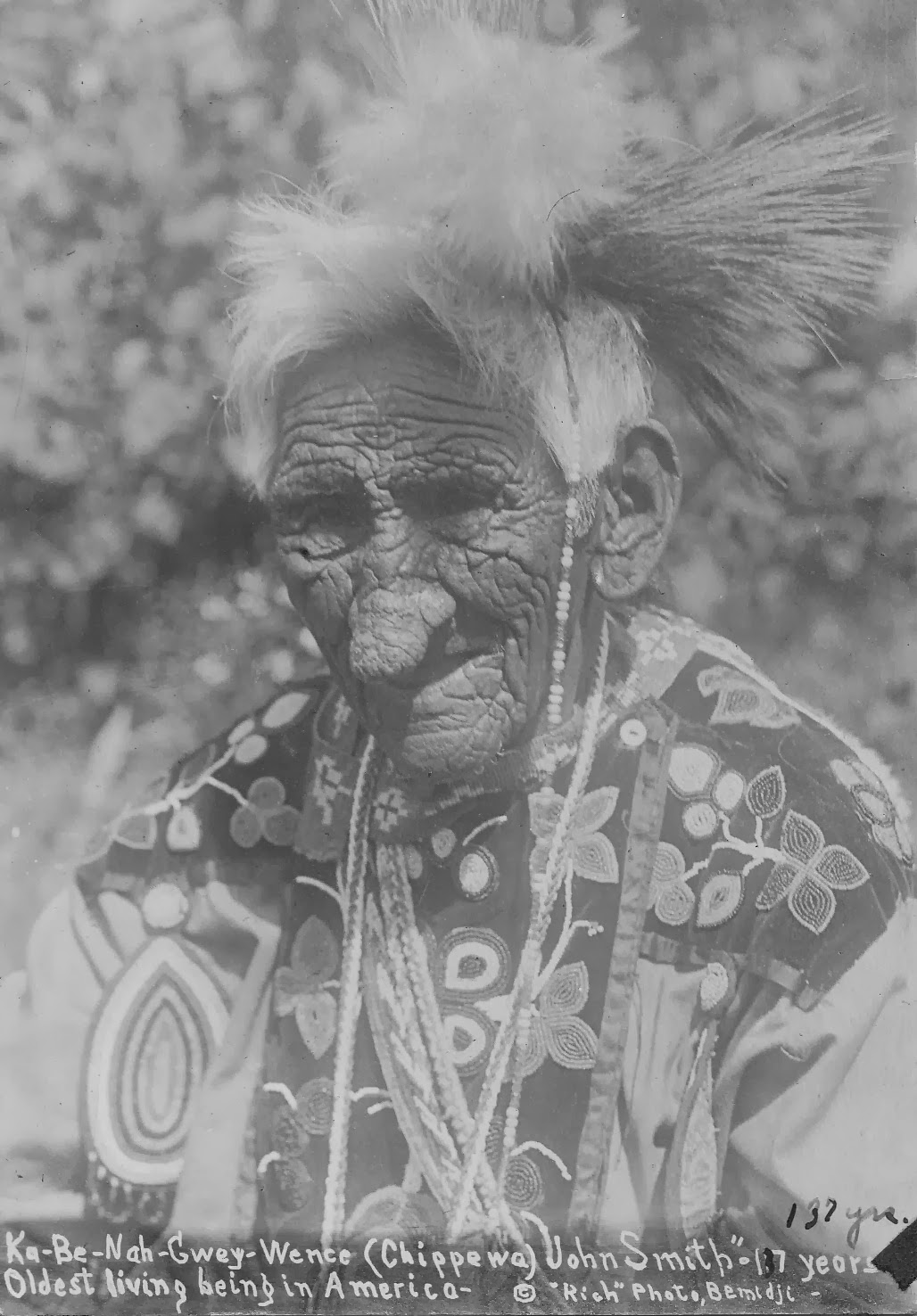 On This Date in Minnesota History: February 5 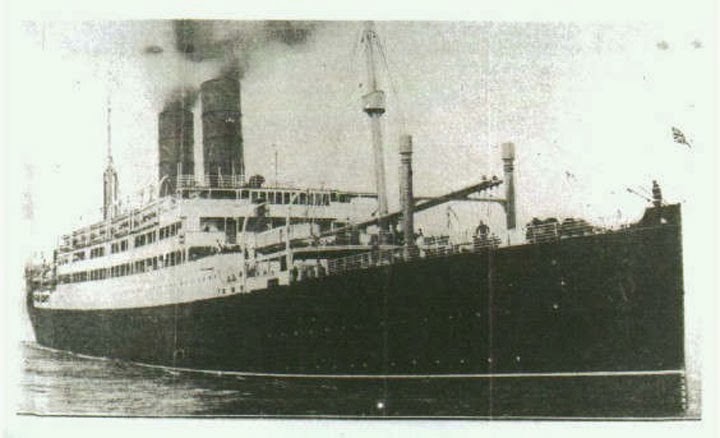 En route to Liverpool, the Tuscania was carrying approximately 2,013 American troops and a crew of 384. “After an arduous voyage across the North Atlantic, most of those aboard, in sight of the Irish coast to starboard and the Scottish coast to port, surely believed the worst part of their journey was behind them. Spotted by German submarine UB-77 earlier in the day, however, their convoy was stalked until early evening and the cover of darkness. Then, at about 6:40 p.m., submarine captain Lt. Cdr. Wilhelm Meyer ordered two torpedoes fired at the Tuscania. The second of these struck home, sending her -- within about four hours -- to the bottom of the [North] Channel.”3 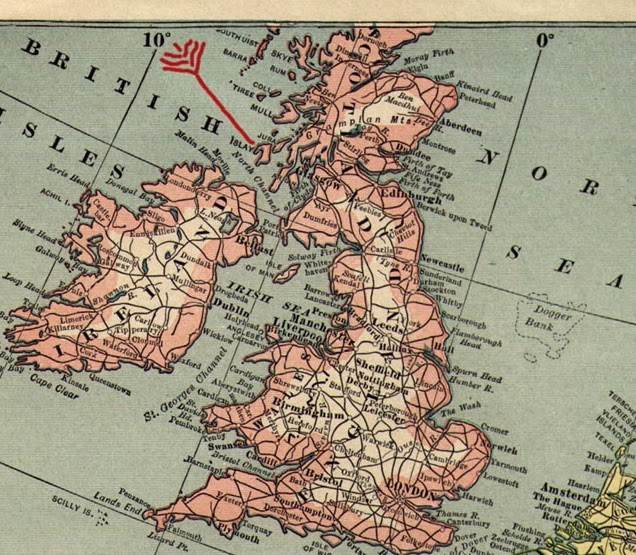 “The Tuscania was the first ship carrying American troops to be sunk, and public opinion in the USA regarded its loss as an outrage. In 1920 the American Red Cross erected a monument on the Isle of Islay, where many of the victims had been buried before their transfer that year to the American War Cemetery at Brookwood (England) or to their homeland.”5 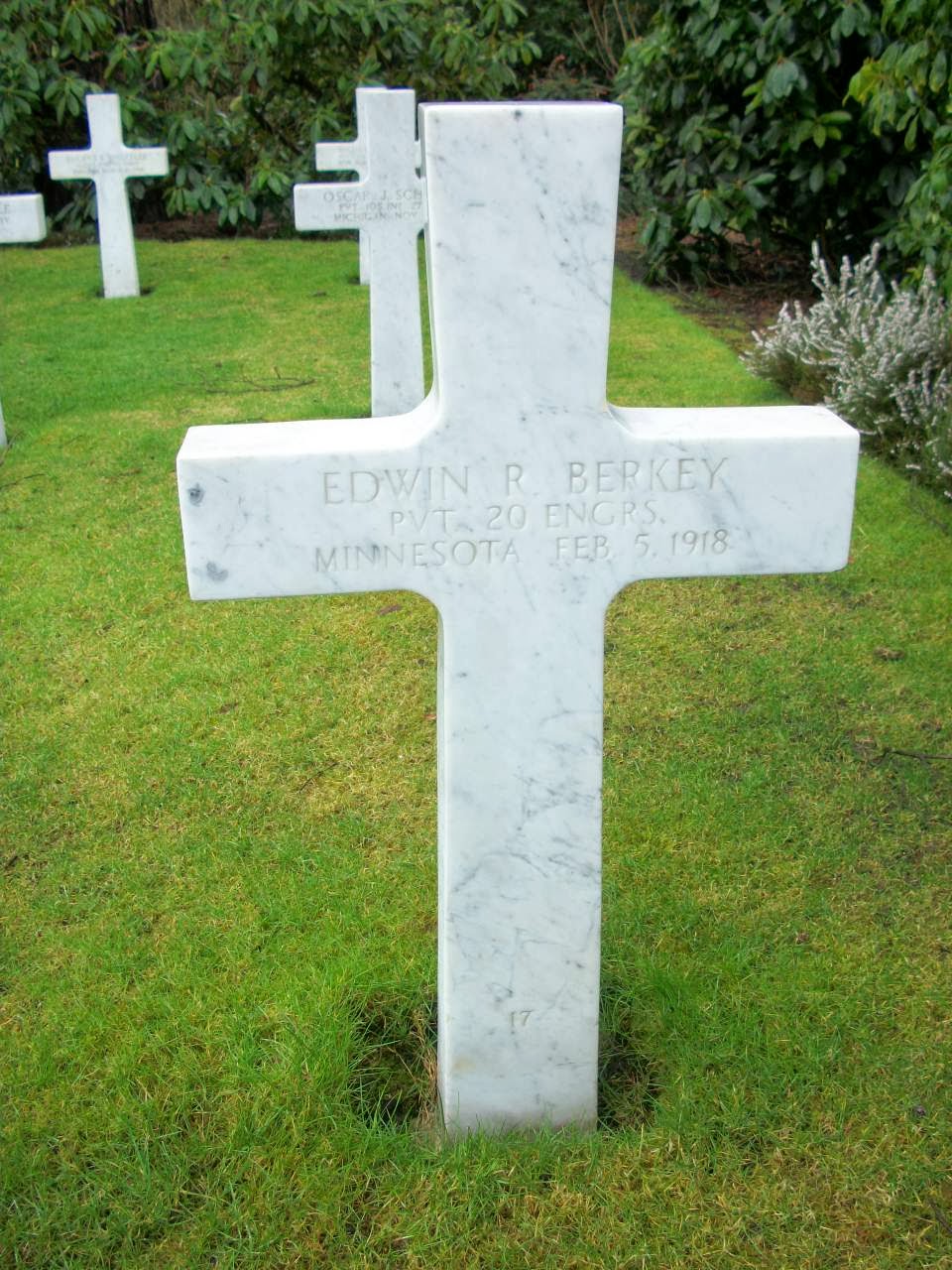 On This Date in Minnesota History: February 4

February 4, 1910 – Early this morning near Parker’s Prairie, Minn., William Julius Ruckheim, a 39-year-old farmer originally from Germany, murdered his wife Bertha, 35; his sons Albert and Wilhelm, 4- and 2–years-old respectively; and his two daughters, Martha and Else, 10- and 8-years old, by beheading them with the sharp edge of an axe as they slept.

Ruckheim then went into the barnyard, slew four head of cattle so that his dogs wouldn't starve. He returned to the house and after he’d knelt in prayer, stabbed himself below the heart with a jackknife.

Ruckheim believed that he was saving his family and himself from horrible torture because of failure to carry out a religious decree that had been pronounced against them. He sincerely believed that he had received a divine message that he and the members of his family must proceed to the cemetery at South Effington, Minn., and exhume several bodies deeply buried there with their bare hands before Easter.

Upon finding the dirt in the cemetery to be frozen, and it impossible to carry out the decree as declared, Ruckheim believed he and his family would be dragged to death. With such a terrible fate seemingly inevitable, Ruckheim says he decided to kill his family and himself.

Ruckheim hacked his wife’s body almost to pieces. Each of the children’s bodies also contained a number of deep cuts made by the axe. They all were in bed and could neither offer resistance nor make an effort to escape.

The tragedy was discovered by wood sawyers who had been working at the Ruckheim home for two days.

“I have done the right thing,” he told the wood sawyers. “The world is coming to an end. I intended to kill them at 3 o’clock in the morning, but I was so awful tired I overslept.”

Ruckheim is believed to be insane.

The 1910 Census shows Ruckheim to be a prisoner in the Otter Tail County Jail; he is a widower. The 1920 and 1930 Censuses list him as a patient in St. Peters Hospital, a state hospital for the insane in Nicollet County, Minn.

Incredibly, Bertha Ruckheim and her four children were buried in the St. James Lutheran Cemetery in South Effington, the very cemetery from which her husband believed his family needed to exhume bodies with their bare hands before Easter. 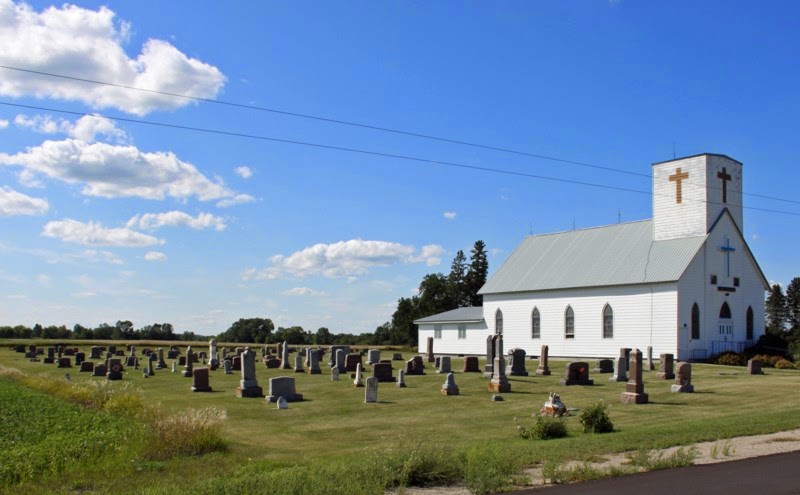 Posted by On This Date in Minnesota History at 6:00 AM 1 comment:

On This Date in Minnesota History: February 3

February 3, 1959 - Following a performance at the Surf Ballroom in Clear Lake, Iowa, Buddy Holly chartered a small airplane to take him to the next stop on the tour, Moorhead, Minn. Holly, Richie Valens, J. P. "The Big Bopper" Richardson and the pilot were killed enroute when their plane crashed soon after taking off from nearby Mason City in the early morning hours. 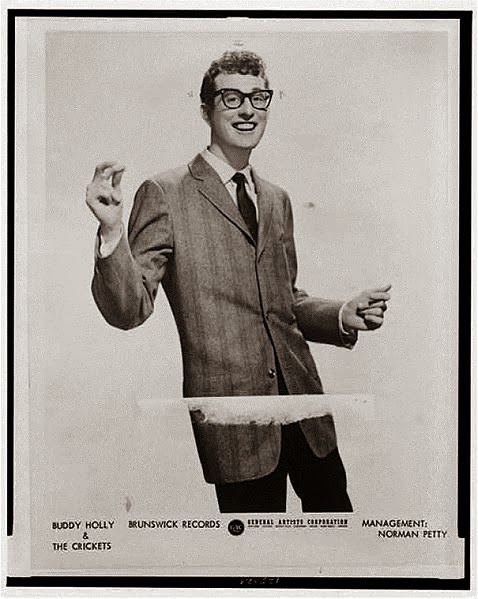 On This Date in Minnesota History: February 2

February 2, 1861 - The first mayor of the St. Paul, Minn., was David Olmsted. He passed away on this date at the age of 38. He was described as “one of the most popular men in public life.” Olmsted County was named after him. 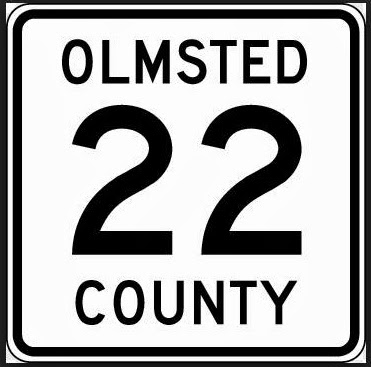