On This Date in Minnesota History: October 25

October 25, 1964 — “Vikings defensive end Jim Marshall picks up a fumble but runs the wrong way into the opponent's end zone. He throws the ball out of bounds, scoring a safety for the San Francisco 49ers.” 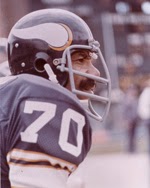 On This Date in Minnesota History: October 24 
October 24, 1911 - “In what was a western circuit of President William Howard Taft’s campaign for re-election, the GOP incumbent stopped for part of a day on [this date], in Mankato, Minn.  His special train arrived at 11:28 a.m. from Omaha at the Milwaukee depot.  Besides the president, there were United States senators and congressmen, judges of federal and state courts, military men and those prominent in private life.
Thousands greeted the president, despite the uncooperative weather – it was a heavy downpour.  Hundreds of school children yelled their welcome while they waved their flags.  Women and young girls added to the acclaim.  People arrived in every kind of vehicle from one-horse chaises to automobiles and all trains were crowded by sightseers.  Streets were decorated, especially at the little depot on Pike Street.  D.W. Radical, in charge of street paving, actually finished his work in time for the great event.
A parade around the city in the rain by 18 automobiles was staged to show the chief executive our community.  The first three vehicles, including the president’s, had its top down.  Taft defied pneumonia for a time, keeping his silk hat in his hand to wave to the crowd.  The parade was shortened on Taft’s doctor’s orders for fear over the president’s health.
At the opera house on Second Street, Taft delivered an hour-long address, chiefly dealing with his two main themes: world peace and anti-trust action.  At 12:30 the president was driven to the Elks Club where he was the guest of the Mankato Commercial Club at luncheon.  Taft departed for St. Peter and Shakopee at 2:30 p.m. to continue his whirlwind tour.”

*http://commons.wikimedia.org/wiki/File:William_Howard_Taft.jpg
Posted by On This Date in Minnesota History at 6:00 AM No comments:

On This Date in Minnesota History: October 23

October 23, 1907 - According to the Duluth Herald, the “Virginia Brewing company recently installed a new pump with a capacity of 300 gallons per minute. A shaft was sunk and the pump placed therein at a depth of twenty feet so that it will be closer to the water supply.

The company has also contracted with Fairbanks, Morse & Co. for the installation of an electric dynamo and engine and as soon as it is installed the company will supply all electric light needed in the brewery. It is necessary to keep up the steam night and day, hence the electric plant can be operated at very small additional cost.”

The Virginia Brewery was named to the National Registry of Historical Places on August 27, 1980. 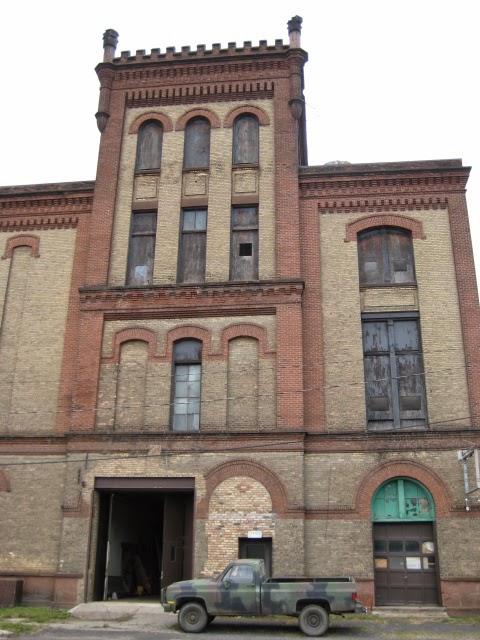 On This Date in Minnesota History: October 22

October 22, 1969 - “Bill Rigney is named as the Twins fifth manager replacing the very popular Billy Martin. So popular in fact, that many fans start a Twins boycott.” 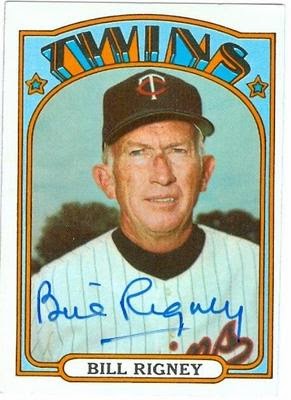 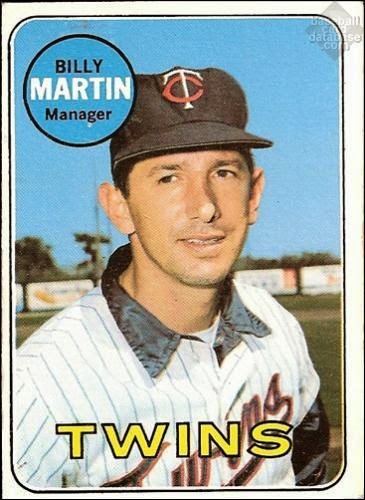 On This Date in Minnesota History: October 21

October 21, 2009 – “Northwest Airlines Flight 188 overflew its Minneapolis destination by 150 miles. Air traffic controllers and pilots tried for more than an hour night to contact pilot Richard Cole (54) of Salem, Oregon, and the flight's captain, Timothy B. Cheney (53), of Gig Harbor, Wash., using radio, cell phone and data messages. The pilots said they had been having a heated discussion about airline policy. On Oct 27 the FAA revoked the licenses of the two pilots saying they had been out of radio contact for 91 minutes.” 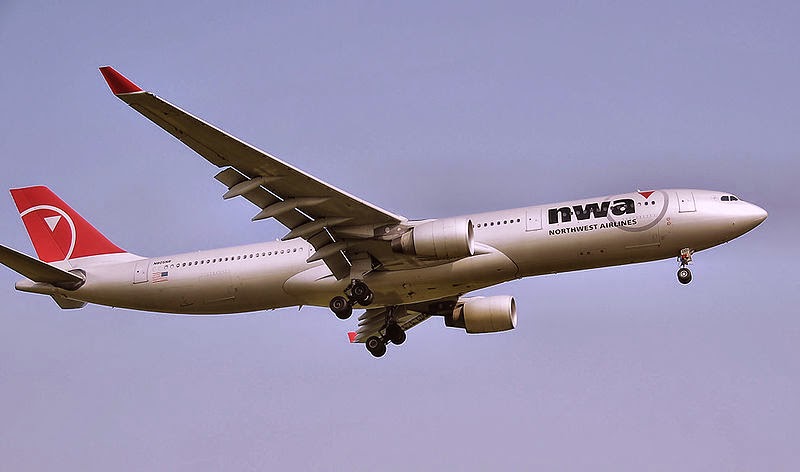 On This Date in Minnesota History: October 20

October 20, 1869 – Born in Dublin, Ireland, in 1848, Henry G. Nabers later immigrated to “the United States and, under the alias John Tracy, enlisted as a private in the United States Army in St. Paul, Minnesota.”1,3 “Tracy was one of thirty-two members of the 1st and 8th Cavalry cited for [‘Bravery in action with Indians’] in [a] major battle in the Chiricahua Mountains [on this date].”2

“On October 5, 1868, a band of Apache Indians attacked a stage coach en-route to Tucson under escort by four soldiers, killing the driver, passenger, and all four soldiers. Within hours of this attack, Cochise and his Indian band encountered a group of cowboys in the Sulphur Springs Valley. The Apaches attacked, killing one of the men and stealing the cattle. One man of that group managed to escape and fled to Ft. Bowie to ask for help. Lt. William H. Winters took a troop of Cavalry in pursuit of Cochise, and was joined en-route by additional soldiers under Capt. Reuben Bernard while Cochise fled into his stronghold between Red Rock and Turtle Mountain, above Rucker Canyon. There the Cavalry encountered Cochise's warriors on October 20, 1869, in what became known as ‘The Campaign of the Rocky Mesa.’”2 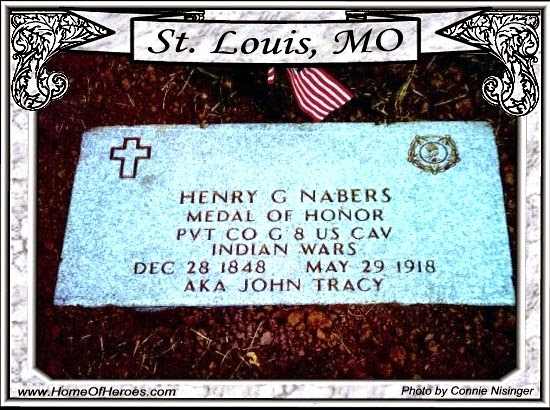 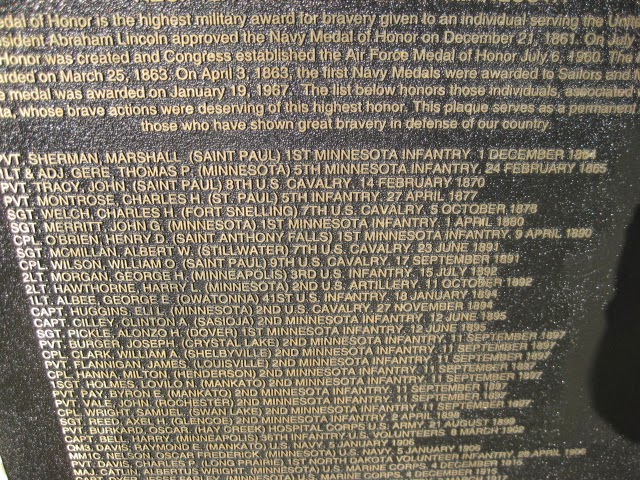 On This Date in Minnesota History: October 19

October 19, 1902 – Jim Younger, the hero of a hundred dime novels, committed suicide this morning in his St. Paul hotel room. This dead shot in bank robberies and skirmishes with sheriffs’ posses, fired a gun for the first time in 26 years, but this time he was his own victim. Aiming at the side of the head above the ear, he killed himself instantly.

The belongings of the dead man had been neatly arranged in preparation for his intended death. His clothing, including his kid gloves, were folded upon a chair. A table bore his watch and chain and his red leather purse, which was empty, with a single dime lying atop it. A large brown envelope beside the purse was filled with messages and papers. It is believed that Younger’s injuries—bullet wounds in his back and mouth from his previous criminal exploits—were beginning to wreak havoc with his thoughts and mental health. A failed romance, however, was suspected to be the main reason for his actions. 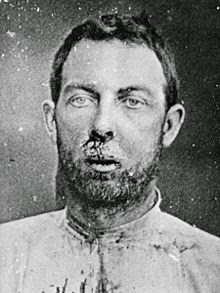 A wounded Jim Younger after his arrest in 1876

Jim and his brothers Bob and Cole, entered Stillwater prison on Nov. 20, 1876. Bob Younger died in prison of tuberculosis on September 16, 1889. Cole and Jim were paroled on July 10, 1901. Soon after Jim’s release, it was announced that he was going to marry Miss Alice (or Alix or Alexis, depending on the account) Mueller, a young woman closely related to one of the most prominent families in St. Paul society. Another member of the same family labored for years to further Jim and Cole Younger’s release. During this period, Jim became intimately acquainted with Miss Mueller. She was a writer for St. Paul newspapers and other publications. But the marriage was not to be, as authorities declared that as a paroled life prisoner, Jim Younger could not participant in such a civil contract unless he received a pardon.

After his release, Jim was employed by a manufacturer of headstones. The unique suggestions of this employment attracted too much public curiosity, and Jim obtained a clerkship at Schoch’s grocery store, Seventh and St. Peter Street. He lived for a while at Miss Mueller’s home, but when gossip of their intended marriage became general knowledge, Younger left the house. While Miss Mueller’s relatives had worked to gain Younger’s parole, they were not happy about the her intensions to marry the former criminal, and after much discussion and persuasion, Miss Mueller left St. Paul six months ago and is now said to be living in Boise, Idaho.

Subsequently, Jim began working at Elwin’s cigar store on Washington Ave. S. in Minneapolis. Several weeks ago, Younger resigned his position and returned to St. Paul. He has had no situation since, but he would have found no difficulty in securing work once more. His industry, his steady habits and his genuine dislike of notoriety were recognized by every one that knew him.

The prospects for a full pardon have not been discouraging, although the state board of pardons has held that the Youngers should be satisfied to remain on parole longer than one year. As soon as he was pardoned, Jim would have been enabled to contract the marriage he so looked forward to.

Younger’s body was brought back to Missouri and buried in the family plot in Lee’s Summit, MO. 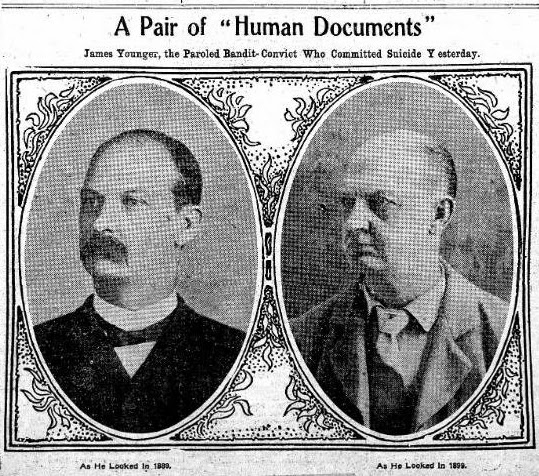 The Minneapolis Journal; “Jim Younger’s Tragic Finish. The Famous Bandit of Years Ago Makes an End of It With a Revolver. He Leaves Incoherent Letter Evidently Prompted by Hopeless Affair in Love. Warden Wolfer and Cole Younger Both Believe That His Mind Was Unbalanced.”; Oct. 20, 1902; p.1.