On This Date in Minnesota History: August 3

August 3, 1990 – Barn Bluff, a geological formation along the Mississippi River in Red Wing, Minn., was listed on the National Register of Historical Places on this date.

During the 19th century, the bluff functioned as a visual reference for explorers and travelers. It was used as a limestone quarry for about 40 years until citizens protested the defacing of the bluff. The quarrying operation was shut down in 1908. In 1910, the land was donated to the city as a park.

A Dakota legend about the bluff tells that hundreds of years ago, a mountain twice as big stood in the place of Barn Bluff. The residents of two Dakota villages disputed the possession of the mountain. As a compromise, the Great Spirit divided the mountain into two parts. One part stayed in Red Wing, and the other part was moved downstream to Winona, Minn., where it is known as Sugar Loaf. 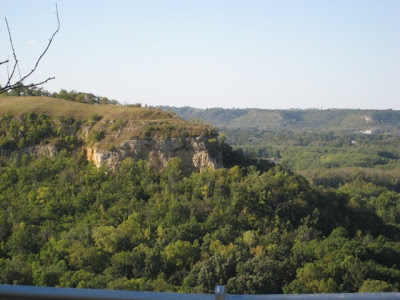 On this Date in Minnesota history: August 2 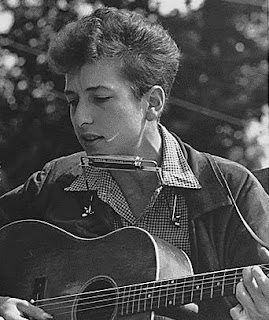 On this Date in Minnesota history: August 1

August 1, 1978 – A concert featuring the Eagles, the Steve Miller Band, and Pablo Cruise drew a stadium-record 65,000 fans to Met Stadium in Bloomington, Minn. 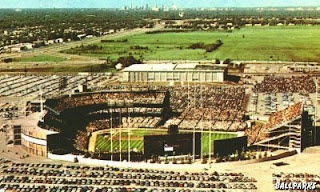 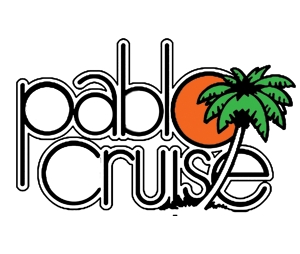 All genealogists know that the potential for finding unpleasant things in their family tree is there. These are the secrets that don’t get passed down, like bigamy, illegitimate children, suicides, etc. No one really expects to discover that an ancestor was involved in something horrifying and historically condemned.

But that’s just what happened to Warren Read of Kingston, Wash., when he was researching his family tree. His mother’s beloved grandfather, his great-grandfather, Louis Dondino, was one of three men arrested in Duluth for causing a riot during the 1920 lynching of three African American circus workers accused of raping a white girl.1 No one was ever charged with the actual lynching, and after being examined by a family physician, the alleged victim showed no physical evidence of rape or assault.2

“Thirty-eight years old, Dondino was employed in Duluth as a truck driver. Hours before the lynchings he drove his truck through downtown Duluth, gathering men to join the mob. Witnesses also placed Dondino among the crowd of rioters.

The crime of riot held a maximum sentence of five years. Dondino was paroled from prison in March 1922 and discharged a year later. He served about a year in Minnesota State Prison, Stillwater.”2


Read’s family, including his mother, had known nothing about her grandfather’s involvement in this tragic event. And yet, according to Read, “It explained some of the bitterness between my grandfather and great-grandfather that my mother never understood.”1

While many family history researchers would want to keep a story like this to themselves, Read instead chose to write a book, “The Lyncher in Me.”  In it, he “explores the perspectives of both the victims and the perpetrators of this heinous crime. [Read] investigates the impact the denial and anger that the long-held secrets had on his family. Through this examination of the generations affected by one horrific night, he discovers we must each take responsibility for ’our deep-seated fears that lead us to emotional, social, or physical violence.’"3 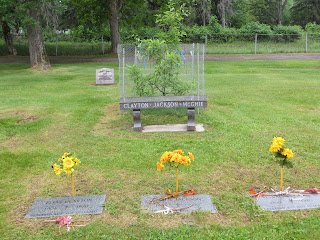 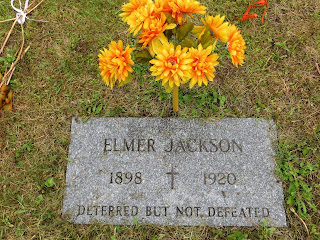 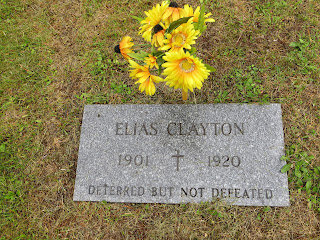 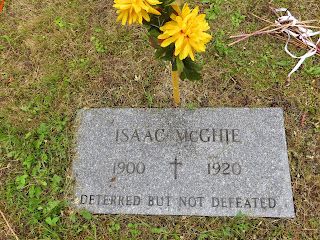 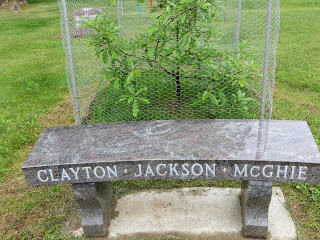 
Two mob-related lynchings happened in Duluth within a couple years of each other, and all four victims are buried in the same Duluth cemetery.  Families of those mob-participants may or may not be aware of their ancestors’ association with the event.

On Aug. 15, the story of the lynching of Olli Kinkkonen.


LLet me help you find out what parts of Minnesota history your family played a role in.


Discover your roots and watch the branches of your family tree begin to grow.

Posted by On This Date in Minnesota History at 6:15 AM 2 comments:

On This Date in Minnesota History: July 31

July 31, 2006 - Das Doppelleben des Charles A Lindbergh (The Double Life of Charles A. Lindbergh), by German author Rudolf Schroeck was published on this date.1  The book “asserts Lindbergh had seven secret  children. Two children were born from his relationship to his private secretary, Valeska, a son (1959) and daughter (1961).“2 Three children, two boys and a girl, were born from his relationship with Brigitte Hesshaimer, and two sons with Brigitte’s sister Mariette, both whom he met in Germany in 1957. A Minnesota native, famous aviator Lindbergh grew up in Little Falls, Minn. 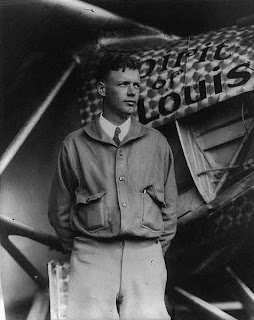 On this Date in Minnesota history: July 30

July 30, 1857 – “The Village of Winsted [in McLeod County] was founded [on this date] when Eli Lewis purchased the land north of Main Avenue from Baptiste Campbell, a half-Sioux Indian, and named the town after his hometown of Winsted, Connecticut.” 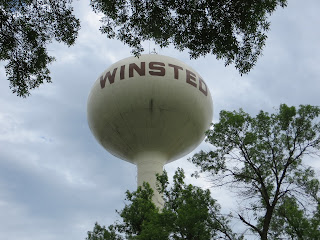 On this Date in Minnesota history: July 29 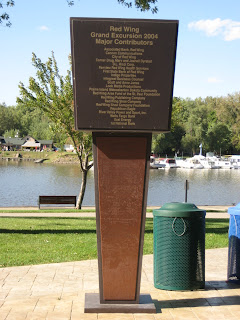 At the time of the Grand Excursion in 1854, the outlet to a small creek afterwards called the Jordan was located near this location and was a safe harbor for canoes. Later this location became the main port of entry because most people arrived to Red Wing either by riverboat and then by train. In 1903, the Red Wing Civic League was organized and their first project was to beautify the riverfront area constructing what is now Levee Park.

On [this date], Mayor A.P. Pierce announced: “Our riverfront will be modeled somewhat after that of which Winona is so justly proud, but will be even more handsome and more imposing by reason of our magnificent background of urban scenery and rustic hills.” The adjacent depot was opened in 1905 and Levee Park was completed in 1906 with a grant from the Chicago, Milwaukee, St. Paul Railroad. 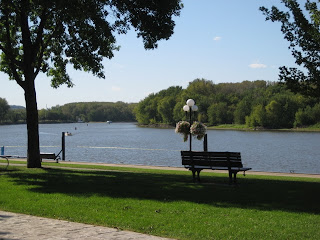 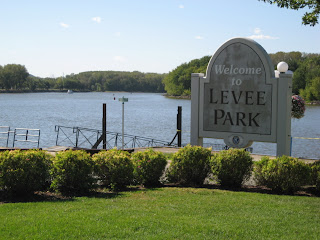 On this Date in Minnesota history: July 28

July 28, 1912 - The cornerstone for the brick Komensky schoolhouse was laid on this date, near Hutchinson, Minn. The building was named to the National Register of Historic Places on Aug. 20, 2009. 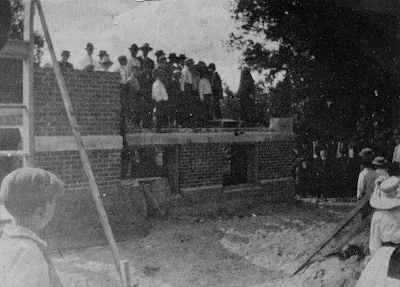 The school was named for Jan Amos Komensky, a fourteenth century Czech educator known as Comenius, called the Father of modern education, because he originated the grading system of the elementary schools. 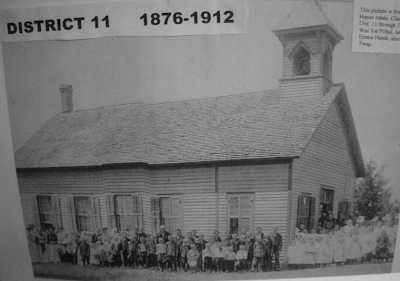 The end of the school year in 1959 marked the end of School District 11. At the last meeting of the school board, the majority voted to sell the schoolhouse to Lodge Lumir 34, Z.C.B.J. with the stipulation that the building be kept up and be available for community gatherings. 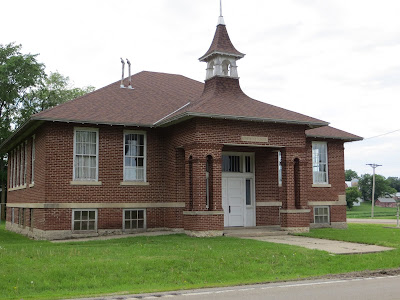