On This Date in Minnesota History: January 31

http://wingsandwildflowers.blogspot.com/2010_08_01_archive.html
Posted by On This Date in Minnesota History at 6:00 AM No comments:

On This Date in Minnesota History: January 30

January 30, 2000 – “Dayton Hudson Corp. [changed] its name to Target Corp. to reflect the large role that Target stores [play] in its business. Target [was] the fastest-growing arm of Minneapolis-based Dayton Hudson, accounting for more than 75 percent of the company's revenues and profits. The name change took effect [on] the first day of the company's new fiscal year.”

On This Date in Minnesota History: January 29

January 29, 1910 – Early this morning a fire of unknown origin entirely destroyed two Bagley store buildings and their contents; a loss of about $20,000.

The flames were discovered around 2:30 a.m. and gained considerable headway, the alarm causing the members of the fire department to respond very promptly.

The fire soon covered the Opera House block and the Erickson & Aason block. Despite every effort to save the buildings, they were consumed and the stocks of goods destroyed.

The Opera House block was occupied by Ole Erickson, with a large stock of dry goods, clothing, boots and shoes, estimated to be worth $9,000. The loss on the building was $4,000.

The Erickson & Aason block contained a large stock of general merchandise, valued at $4,000. The building was worth $2,000.

The fire department did a heroic job of saving the adjoining buildings. They piled snow between the walls and plied the flames with water, confining the fire to the two buildings that were destroyed. 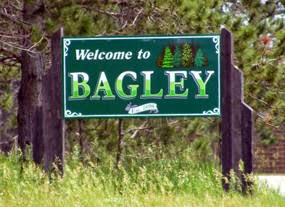 http://www.lakesnwoods.com/Bagley.htm
Posted by On This Date in Minnesota History at 6:00 AM No comments:

On This Date in Minnesota History: January 28

January 28, 1921 – In a statement today, I. J. O’Connell, brother of Mrs. E. J. McCarthy, declared St. Paul Chief of Police Thomas E. Campbell ‘innocent’ of charges made against him by the woman. Chief Campbell was given a clean bill of health by Police Commissioner Smith yesterday following an investigation of the scandal that involved Campbell and Mrs. McCarthy.

Deputies took Chief Campbell to the county jail when they found him in a room with Mrs. McCarthy. The woman confessed to Commissioner Smith that it was frame-up. O’Conner in his statement today said, “My sister is not a woman of strong mind and no doubt this had been taken advantage of by some designing persons.” He said, “Her mind had been affected since she had scarlet fever when a girl.”

http://www.spphs.com/history/chiefs.php
Posted by On This Date in Minnesota History at 6:00 AM No comments:

On This Date in Minnesota History: January 27

January 27, 1922 – The battle of the heirs of James J. Hill for the estate of his widow was resumed today in St. Paul, Minn. Hearing in probate court on applications for administration papers was scheduled before Judge H. E. Doc.

Louis W. Hill, supported by his sister Mary Hill, has applied for authority to administer the estate. Several other children asked that the Northwestern Trust Company be made executors.

Mary Hill, their mother, died Nov. 22, without leaving a will. It was reported she had written a will a short time before her death, but destroyed it because of dissension among the heirs. The estate is variously valued at between $12,000,000 and $18,000,000.

Charitable and religious institutions in the Twin Cities are affected by the contests. The widow of the railroad magnate was interested in many charitable works.

“This dispute has been going on for five years,” Louis W. Hill is reported to have told friends. He is said to be anxious to have it settled “for all time.”

“I am in this fight to carry out my mother’s wishes,” said Hill. “I am fighting for mother’s signature, and I will fight for that to the finish.”

James N. Hill, New York City, is leading the other heirs in the fight. While the division of the estate probably will not be materially affected whoever secures control, the heirs’ differences will be fully aired in court, it is believed.

On This Date in Minnesota History: January 26

January 26, 1884 – “A fire broke out in the State prison at Stillwater at 11:45 [this evening], and in spite of every effort all the buildings were destroyed. The prisoners, including the Younger brothers, were taken out and placed under a strong guard in the yard. The loss is probably $50,000. The fire caught under the main office of the car company, and when the fire department arrived it was impossible to do any effective work on account of the dense smoke. At 1 o'clock it became evident that the prison was doomed, and Company K of the State Militia was called upon to assist in removing the convicts. About 330 in all were shackled together by means of long, fine chains and removed to different points in the prison grounds.

The fire spread with remarkable rapidity, and starting at the east end of the prison soon reached the Warden's office and the rooms occupied by the guards. It spread to the offices of the Northwestern Car Company, the entire front part of the building being a mass of flames. From the office of the car company the fire went to the kitchen and eating-room of the prison adjoining, in which the chapel is situated. All of those departments were gutted. The front part of the building where the fire started was composed of a good deal of wood-work, which afforded a means of transmitting the flames to the cell department of the prison, which is capped by a wooden cornice. The cells proper are fire-proof, and had it not been for the difficulty alluded to the fire could have been confined to the front or office part of the building. The convicts were transferred with little trouble and are now under guard. When the fire first started Chief Joy, of Stillwater, went into the burning structure and had a narrow escape from death. He was caught in the office of the car company, overpowered with smoke, and while in this condition someone from the outside turned on a stream of water into the room, which knocked him down and put out the light. He was discovered, almost suffocated, and dragged from the building more dead than alive. A fortunate circumstance was the saving of all the private and personal papers and letters of Senator Sabin, President of the car company.

The fire was marked by an act of great heroism by George P. Dodd, of Stillwater, a member of Company K. Immediately after the convicts had been removed a cry was raised that a man was confined in cell No. 200. Dodd rushed into the building, and was lost to view in a column of blinding smoke. In less time than it can be recorded he had reached the cell of the convict, who proved to be a new man in the prison, and in a few minutes he returned with the rescued prisoner.

The convicts were behaving well yesterday. They have been housed comfortably in an adjoining foundry, with plenty to eat, and are thoroughly (sic) guarded by militiamen. It will be some time before the prison can be replaced and made tenantable, and during the interim some disposition must be made of the convicts. Gov. Hubbard, who is on the ground, has telegraphed to Minneapolis and St. Paul asking how many the County Jails in the two cities can accommodate, and also to the State prison at Waupum [sic] (Wisconsin) to make arrangements for the incarceration of the Youngers and other important convicts, as the County Jails are usually too untrustworthy. The Washington County jail has accommodations for 12 only, and the question as to what disposition can be made of the convicts is a puzzling one.” 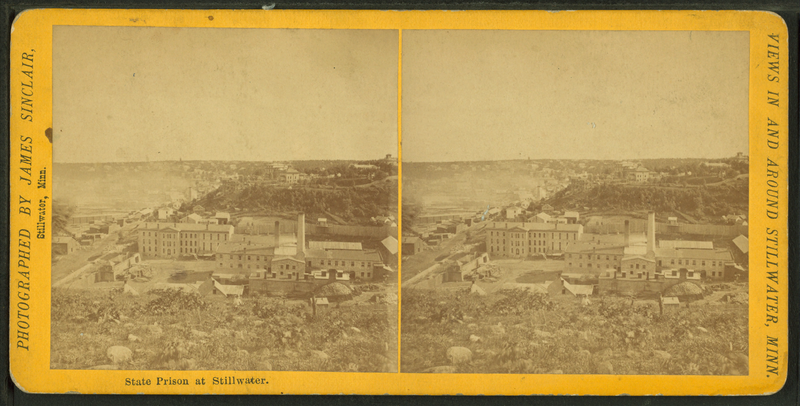 On This Date in Minnesota History: January 25

January 25, 1871 - Cornish Township in Sibley County was organized on this date. It received its name on the recommendation of J. B. Wakefield, who settled there in 1899, “in memory of his native town in New Hampshire.”