On This Date in Minnesota History: November 15

November 15, 1982 – Sweden’s King Carl Gustaf and Queen Silvia appeared at a reception at the Woman’s Club of Minneapolis on this date, “where they presented the Member of Royal Order First Class to Marilyn [Carlson] Nelson, director of ‘Scandinavia Today.’ The order is the equivalent of knighthood for women. 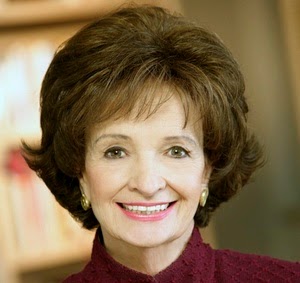 On This Date in Minnesota History: November 14

November 14, 1979 – The Pratt-Taber House in Red Win, Minn., was listed on the National Register of Historic Places on this date. Once a private home, it is now a bed and breakfast with four guest rooms featuring private baths and fireplaces.

“The prosperity that the wheat trade brought to Red Wing is reflected in the imposing Italianate style homes constructed here during the 1870s. This house displays the style’s typical low pitched roof with front pediment, emphasized with bracketed eaves and an oculus window, segmental-arched windows and wrap around front porch with an offset entrance. The porch railings incorporated a star motif, reflecting the widespread patriotism associated with the nation’s centennial year. Albert Pratt was a prominent local banker.” 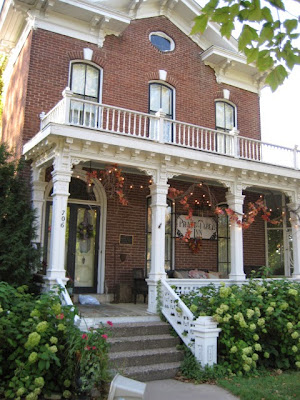 On This Date in Minnesota History: November 13 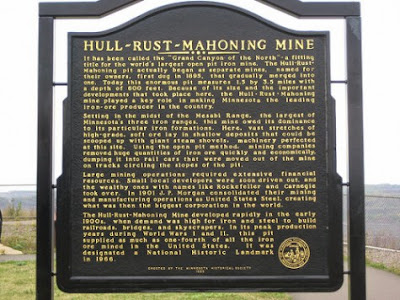 
November 13, 1966 – “It has been called the ‘Grand Canyon of the North,’ a fitting title for the world’s largest open pit iron mine. The Hull-Rust-Mahoning pit actually began as separate mines, named for their owners, first dug in 1895, that gradually merged into one. Today this enormous pit measures 1.5 by 3.5 miles with a depth of 600 feet. Because of its size and the important developments that took place here, the Hull-Rust-Mahoning mine played a key role in making Minnesota the leading iron-ore producer in the country.

Setting in the midst of the Mesabi Range, the largest of Minnesota’s three iron ranges, this mine owed its dominance to its particular iron formations. Here, vast stretches of high-grade, soft ore lay in shallow deposits that could be scooped up with giant steam shovels, machinery perfected at this site. Using the open pit method, mining companies removed huge quantities of iron ore quickly and economically, dumping it into rail cars that were moved out of the mine on tracks circling the slopes of the pit.

Large mining operations required extensive financial resources. Small local developers were soon driven out, and the wealthy ones with names like Rockefeller and Carnegie took over. In 1901 J. P. Morgan consolidated their mining and manufacturing operations as United States Steel, creating what was then the biggest corporation in the world.

The Hull-Rust-Mahoning Mine developed rapidly in the early 1900s, when demand was high for iron and steel to build railroads, bridges, and skyscrapers. In its peak production years during World Wars I and II, this pit supplied as much as one-fourth of all the iron ore mined in the United States.” It was added to the National Register of Historic Places on this date. 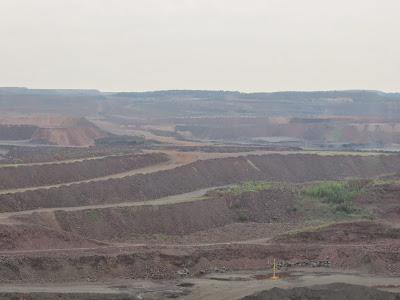 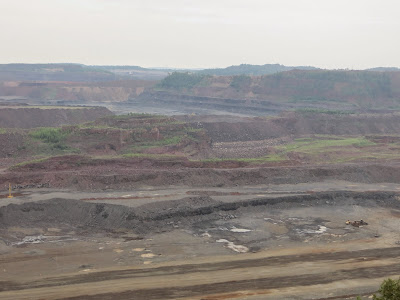 On This Date in Minnesota History: November 12

November 12, 1903 – Turner O. Stark, a 12-year-old boy, is probably one of the cleverest−and youngest−forgers that has appeared before a St. Paul judge in years. The boy was brought into Judge Finehout’s court this afternoon by his father, who stated that he could do nothing with him, and at his request his son was ordered sent to the state training school in Red Wing.

“He is ‘way past me; I have whipped him, lectured him and threatened him. Now, I wish, judge, you would send him somewhere where he will have to obey,” said Turner S. Stark, father of the boy, who is employed as a porter by the Great Northern Railway company.

For the past year, the father stated, the boy has been forging orders for all manners of things; some of these purported to be signed by his father. He has secured guns, knives, cameras and clothes of all kinds.

Forges His Father’s Name
A week ago last Saturday he took his father’s bank book from a bureau drawer and went to the State Savings Bank. He told Cashier Willius that his father wanted $20 and presented the book. The cashier refused to give him the money but gave him an order, telling him that he should have his father sign it and he could secure the money. The boy returned a few minutes later with the order signed in pencil.

Once more the cashier refused to give him the money, telling him that he must have his father sign it in ink in order to have it honored. The boy was not yet frustrated, but securing a new order, left the bank and returned shortly with it signed in ink.

The signature seemed to be that of Mr. Stark and the order for $20 was honored. The boy took the money and left the bank.

He went to Allen’s livery stable, where his father is known, and said that his father had sent him for a horse and buggy. He paid the livery bill and then spent the day driving about the city. After returning the horse, the boy took home the $11 that he had left.

Last Saturday he appeared at the livery barn again with an order bearing what appeared to be his father’s signature and asked for a horse and buggy. He was given one and after collecting a half dozen of his friends, he drove them to Minnehaha Falls and all over Minneapolis. He returned the horse in a jaded condition late that night.

Father Decides to Ask Official Aid
Because the horse was in such bad condition the next morning, Allen went to the boy’s home to secure compensation from his father for damages. He found that Stark was in Portland, Ore., and that the order was a forgery. He threatened to have the boy arrested, but upon the mother’s plea decided to wait for the father’s return, which was yesterday. When Stark was informed of the boy’s latest offense he decided to place him in the hands of the court. “I hated to have to do it,” said Stark, “but I guess it is the only way to make a good boy out of him.”

The boy is an intelligent looking little fellow, with dark, snapping eyes. He has been an unusually bright student at school and is an able penman for his age. The forgeries of his father’s signatures were nearly perfect. The boy took his fate very stoically and had little to say to anyone as he was led from the court room.

In the 1910 Census, Turner O. Stark, the son, now listed as 18 years old, is living with his parents and employed as a barber, as is his father, Turner S. Stark. 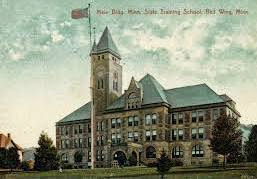 On This Date in Minnesota History: November 11

“In July and August 1919, Fitzgerald rewrote the manuscript that became his first novel, This Side of Paradise. ‘Although Summit Terrace was only one of several Saint Paul locations in which Fitzgerald lived, it typifies the environment on which he drew for some of the finest of his later stories.’" 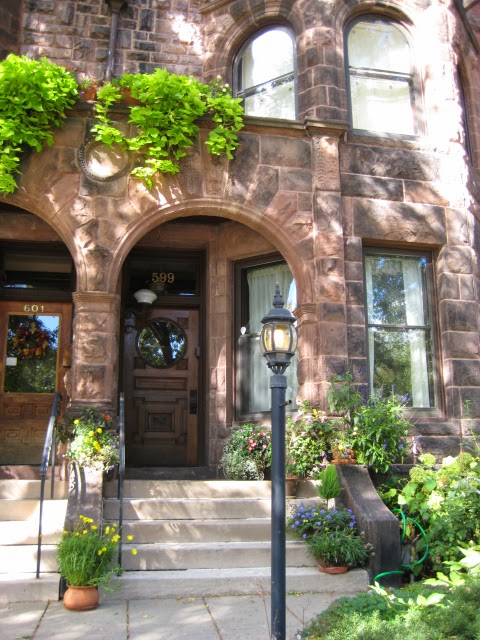 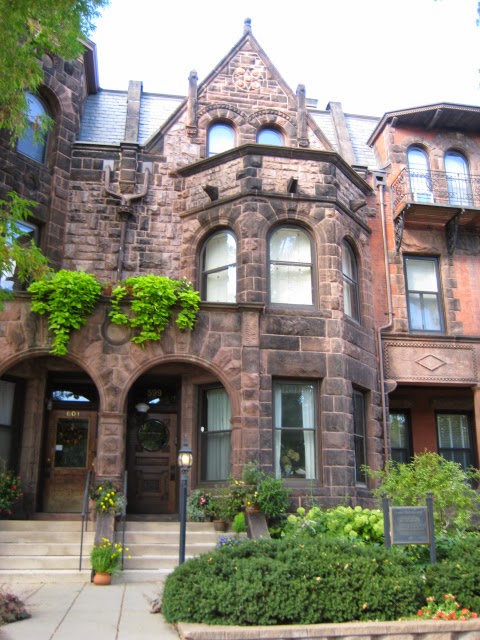 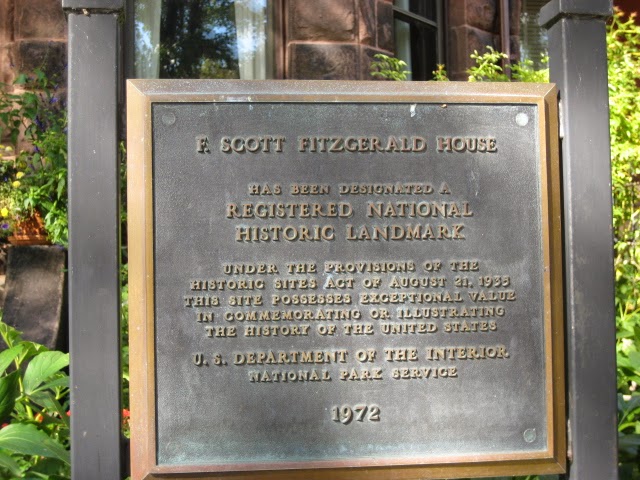 On This Date in Minnesota History: November 10

November 10, 1857 – Founded on this date by Benedictine monks, St. John’s University in Collegeville, Minn., remains today the oldest continuous establishment of higher learning in the state. 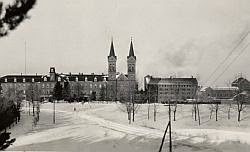 On This Date in Minnesota History: November 9 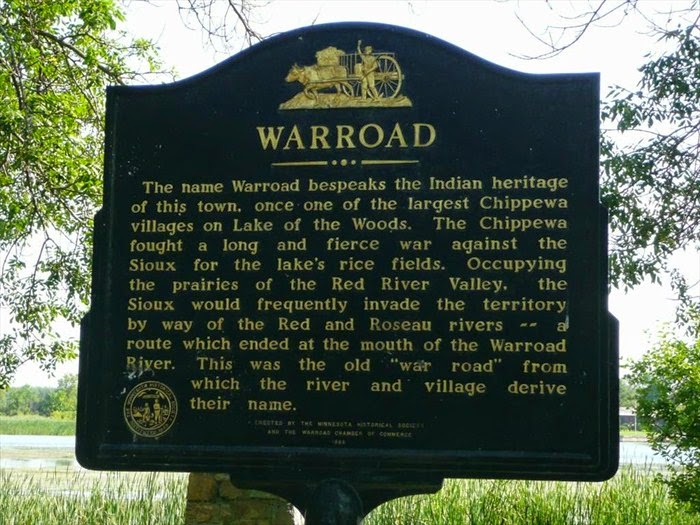 The name Warroad bespeaks the Indian heritage of this town, once one of the largest Chippewa villages on Lake of the Woods. The Chippewa fought a long and fierce war against the Sioux for the lake's rice fields. Occupying the prairies of the Red River Valley, the Sioux would frequently invade the territory by way of the Red and Roseau rivers -- a route which ended at the mouth of the Warroad River. This was the old "war road" from which the river and village derive their name.2