On this date in Minnesota history: July 13

July 13, 1832 - “[Henry Rowe] Schoolcraft was able to do what had eluded others in finding the source of the Mississippi beyond Lake Bemidji. This lake he named ‘Itasca’ on [this date], at the suggestion of Reverend Boutwell, from the Latin words for ‘true head,’ veritas caput. When joined together, and with the last and first syllables removed, those two Latin words formed ‘Itasca.’” 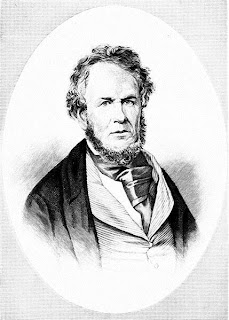 On this date in Minnesota history: July 12 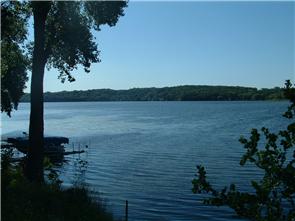 
July 12, 1940 – “Three game wardens were gunned down on the shores of Lake Sakatah, in Waterville, Minn. The men were reportedly shot by a commercial fisherman as they checked his license. Moments after killing the wardens, the fisherman, Bryant Baumgartner of Waterville, turned the 12-gauge on himself.” 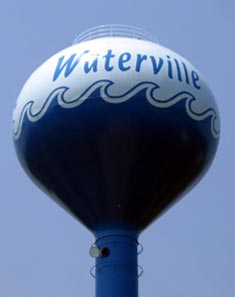 On this date in Minnesota history: July 11

July 11, 1961 – Harmen Killebrew becomes the first Minnesota Twin to appear in an All-Star game. He doesn't disappoint when he pinch-hits a home-run off Mike McCormick at Candlestick Park. 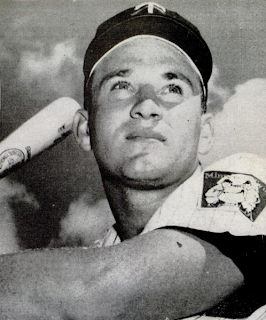 On this date in Minnesota history: July 10 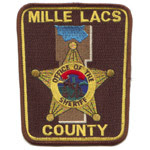 Earlier in the day, Savage had stopped two 19-year-old girls in Pine County, exposed himself, and then “told the girls to get in his car. The two girls refused, and Savage took out a 22 semiautomatic rifle and shot one of the girls twice in the chest and left her for dead. He forced the other girl in his car, raped her and physically threw her out of the car in a cemetery two miles north of Brook Park. She reported the incident to the Pine County Sheriff’s office and an all-points bulletin was put out for Savage.”

He was later spotted driving through Ogilvie, and the Mille Lacs County Sheriff Russ Iverson and Deputy Sheriff Tom Boser gave chase. Iverson and Bose got their car sideways on Highway 23 as “Savage came over a hill about a quarter mile away. Iverson told Boser to jump clear of the car. Savage crashed into the left side of the patrol car, pushing it 100 feet sideways down the highway. Boser was thrown out of the car.”

Seconds after the crash, the two cars erupted in flames. “The force of the impact was so great that the bumper of Savage’s 1972 Pinto was touching the steering wheel of the patrol car, a 1977 Ford LTD. Savage still had the 22 rifle in his hands after the crash.” 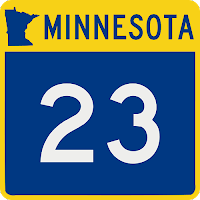 Savage pleads guilty, sentenced; see March 14, 2013 blog
Posted by On This Date in Minnesota History at 6:00 AM 3 comments:

On this date in Minnesota history: July 9

July 9, 1914 – Curt Carlson, founder and CEO of Carlson Companies, was born in Minneapolis on this date. “Carlson founded the Gold Bond Stamp Company in 1938. [He] used ‘Gold Bond Stamps,’ a consumer loyalty program based on trading stamps, to provided consumer incentive for grocery stores. Carlson was the first entrepreneur to develop a loyalty program for the grocery chain through the issuance of trading stamps. What began as a simple loyalty program for grocers in the Midwest grew into one of the largest service providers of frequent shopper / buyer programs across a variety of retail and hospitality sectors.

Carlson expanded his offerings by purchasing the downtown Minneapolis Radisson Hotel in 1960 and building it into a national chain. He also acquired TGI Fridays, Carlson Leisure Group and hundreds of other hospitality businesses.” 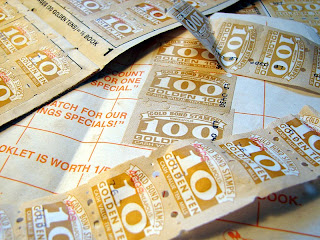 http://en.wikipedia.org/wiki/File:Gold_bond_stamps.jpg
Posted by On This Date in Minnesota History at 6:00 AM No comments:

On this date in Minnesota history: July 8 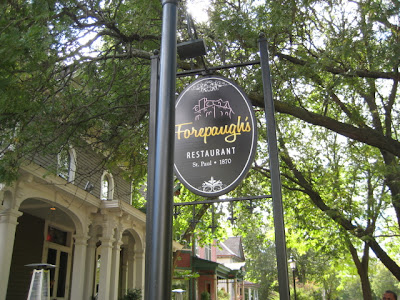 July 8, 18921 – Forepaugh’s Restaurant in S.t Paul is named after Joseph Lybrandt Forepaugh, the original owner of the Victorian mansion that now houses the restaurant. Forepaugh committed suicide on this date, and is said to be haunting his old home, along with his former mistress and maid, Molly.

“Forepaugh made his fortune in the dry-goods business and was Senior Partner in the J.L. Forepaugh and Company. In 1870, Joseph bought [five] lots of land and in the center of his land, he built a ten thousand dollar Victorian mansion with a basement, three floors and beautifully landscaped grounds and gardens for his family. His wife Mary and their two daughters moved into a mansion filled with the highest quality, finely crafted room furnishings. 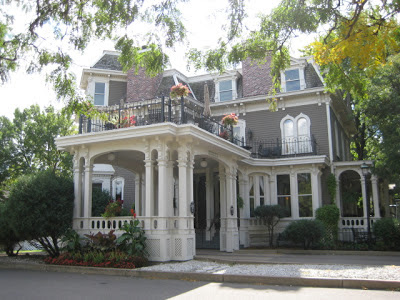 Along with the fine living, Joseph hired servants as well. He made the mistake of having an affair with a young maid, Molly. When Mary, Joseph's wife, caught them in bed, she asked Joseph to end it and he did. Molly, realizing she was pregnant, hung herself in a third floor room by tying the rope to a chandelier and throwing herself out the window, probably around 1865. 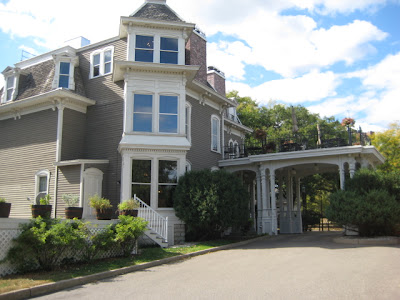 In 1866, Forepaugh sold his mansion to Civil War veteran, General John Henry Hammond, while Joseph and his family went to live in Europe. Joseph moved away to [forget] about Molly and reestablish his ties with his wife. They came back to the states in 1889 and built another palace-like mansion at 302 Summit Avenue, which had a glorious view of his first mansion and the city as well. However, in 1892, [Forepaugh] had sunk into a deep depression. Though he said he was worried about his business, which was doing fine, [he] really was still mourning Molly's death.”2 He shot and killed himself on this date1 in Irvine Park,3 near his original home, although other reports say he shot himself near the railroad tracks that lie below Irvine Park. 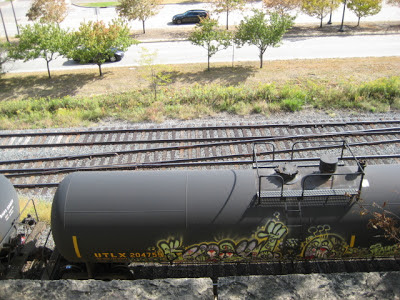 “Many people have owned [the] mansion [that now houses the restaurant] over the years. In 1983, the current owners bought the mansion, and began the long process of renovating and restoring the mansion to its former glory. The mansion needed to earn its keep, so it became a French restaurant, much to the benefit of the people of St. Paul, who [get] to enjoy the ambiance of the rooms while eating great food!


The entities of Molly and Joseph Lybrandt Forepaugh [seem to still be] hanging around the mansion:

* His entity in solid form has been seen by customers and staff, as he walks through the dining rooms, dressed in 1890's dress-up clothes, looking pleased, with the attitude that he owns the place.

* In the basement, lights turn on and off by themselves, the living feel cold chills and hear strange noises.

Molly - (Maid who killed herself so long ago)

* Molly has been seen and heard near the area where she killed herself.

* Employees opening up the restaurant heard distinct tromping on the third floor. The police were called, who brought a K-9 dog to investigate. The dog refused at first to go up to the 3rd floor, but finally did after some persuasive coaxing. The tromping stopped and no one living was found.

* Molly is a sociable ghost. She likes to sometimes attend weddings and receptions. The restaurant has a wedding picture [that] captured her image as well.

* In the basement, lights turn on and off by themselves, the living feel cold chills and hear strange noises.”2

Other Haunted Places in Minnesota:

On this date in Minnesota history: July 7

July 7, 2001 – Former pitcher Jim Kaat and broadcaster Herb Carneal were inducted into the Minnesota Twins Hall of Fame on this date. 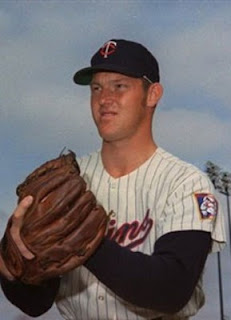 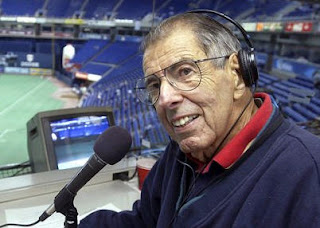