On This Date in Minnesota History: December 4 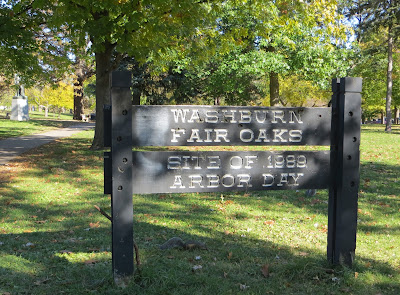 Mr. Washburn’s offer to sell the property, which is bounded by Twenty-second Street on the north, Twenty-fourth Street on the south, Third Avenue on the east and Stevens Avenue on the west, to the park board for $200,000 was read. M. B. Koon said that when the property for the art museum (now the Minnesota Institute of Arts) was given to the city and the funds were yet to be raised for the building, several interested citizens thought of securing Fair Oakes as a suitable approach for the museum. Steps taken last winter by individuals and later in the spring by the Civic Commission brought about the offer to sell the Washburn tract to the city as an approach to the museum, he said.

One of the provisions of Mr. Washburn’s offer was that the residence be retained for the use of Mr. and Mrs. Washburn during their lifetime. Mr. Washburn died July 29, 1912; his wife Elizabeth died April 28, 1916. The mansion was demolished by the park board in 1924. 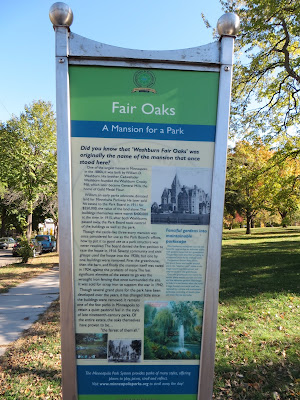 Fair Oaks
A Mansion for a Park


Did you know that ‘Washburn Fair Oakes’ was originally the name of the mansion that once stood here?

One of the largest homes in Minneapolis in the 1880s, it was built by William D. Washburn. His brother Cadwallader Washburn founded the Washburn Crosby Mill, which later became General Mills, the home of Gold medal Flour.

William, an early parks advocate, donated land for Minnehaha Parkway. He later sold his estate to the Park Board in 1911 for $250,000, the value of the land alone. The buildings themselves were worth $400,000 at the time. In 1915, after both Washburns passed away, the Park Board took control of the buildings as well as the park.

Though the castle-like three-story mansion was once considered for use as the Park Board’s offices, how to put it to good use as a park structure was never resolved. The board denied the first petition to raze the house in 1916. Several community and civic groups used the house into the 1920a, but one by one, buildings were removed. First the greenhouse, then the barn, and finally the mansion itself was razed in 1924, against the protests of many. The last significant element of the estate to go was the wrought iron fence that once surrounded the site. It was sold for scrap iron to support the war in 1942.

Though several grand plans for the park have been developed over the year, it has changed little since the buildings were removed. It remains one of the few parks in Minneapolis to retain a quiet pastoral feel in the style of late nineteenth-century parks. Of the entire estate, the oaks themselves have proven to be…”the fairest of them all. 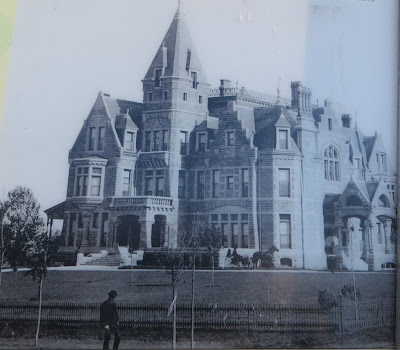 
as long as acknowledgement included. 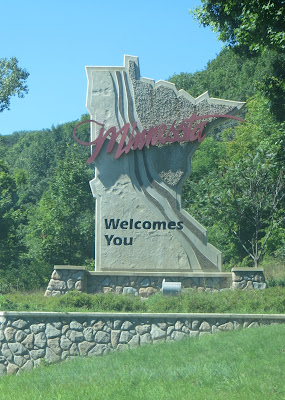 Posted by On This Date in Minnesota History at 6:00 AM