On This Date in Minnesota History: December 22

December 22, 1910 – Calice Quesnel, 40 years old, and a resident of Hornet Township, Beltrami County, was examined in Probate Court this afternoon as to his sanity. He was found to be of unsound mind, and was taken to Fergus Falls this evening by Deputy Sheriff Rutledge.

Quesnel is of Canadian birth and has been a resident of Beltrami County for more than 26 years. He is married and the father of six children.

This is the second time that Quesnel has been found to be mentally ill. He was committed to the Fergus Falls asylum three years ago last June, released on parole the following August and discharged as being in sound health in March 1908.

Friends of the unfortunate man are of the opinion that he has never been well since his discharge several years ago, and say that he has repeatedly shown spells of insanity.

During these spells he has on several occasions, it is said, made many attacks upon the life of his wife with a razor, his favorite weapon.

Upon regaining his senses he claims he has had a dream. One of his most repeated habits is to wake up during the night and swear that the house is full of men, and that they are after him.

Quesnel at times is unable to recognize his own family. 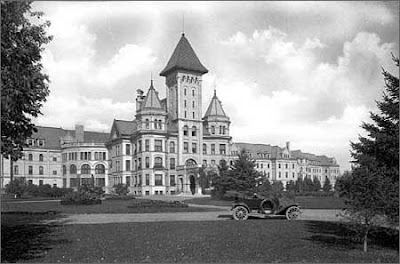 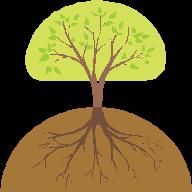 Discover your roots, and watch the branches of your family tree begin to grow. 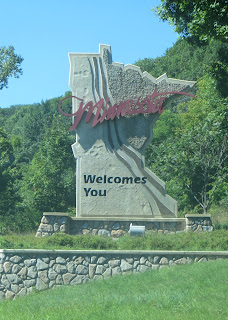 Posted by On This Date in Minnesota History at 12:15 AM